Toward a revival of humanity’s divine nature

Now, the Earth is moving into a higher, more spiritual dimension, and humanity must evolve along with it. Obsolete beliefs are now crumbling, making way for an era of spiritual culture.
— Masami Saionji

In many of her writings and talks, Masami Saionji has discussed how the 21st century is a time when we will experience a large-scale evolution and transformation in humanity’s consciousness. We are, even today, in the process of shifting from a civilization based primarily in material interests to one based in spiritual values. As we carry out this consciousness shift, we will awaken and revive the divine spark that resides within each and every human being.

Why is it that humanity has not yet made the transition from a materialistic society to one based on principles of harmony, sharing, and respect? We are constantly seeking knowledge and information, but we seldom turn our gaze to what is most fundamental. And so, although solutions to the world’s problems lie within our reach, we cannot see them because we are preoccupied with secondary issues, and cling stubbornly to old thought-habits, fixed ideas, and blind beliefs.

Each human being is constantly receiving an abundant supply of creative energy, flowing to us from our universal source. We assign forms and shapes to this energy using the decisive power of consciousness. By means of our words, thoughts, and emotions, we determine our own future and the future of our family, our nation, and the planet Earth. Indeed, from moment to moment, each of us is wielding an influence on the vast universe.

Because we have been in ignorance of this, we human beings have been living a life of dependence, never believing in ourselves, always trusting in what others said or did. And in handing over our inherent authority to others, we have been neglecting our inborn responsibilities as citizens of Earth.

At present, the Earth is in deep danger of losing its existence. If the planet is to survive, each of us must free ourselves from our past thought-habits and make a fresh start. We must seek a totally new awareness-a rebirth in consciousness. Only when each individual has done this will the Earth be able to move forward on its evolutionary path.

— from Evolving with the Universe by Masami Saionji 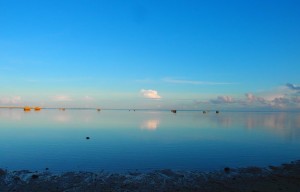 Transforming our consciousness to shift the world toward peace
It is the mission and aim of Byakko Shinko Kai to encourage and accelerate this shift in consciousness, so that humanity can attain a state of true peace and harmony as soon as possible. The various practices that Byakko offers all help us to attune ourselves to the universal vibration and to awaken to our divine consciousness:
Prayer for world peace
Toitsu meditation
Divinity INs
Handwritten mandalas
Peaceful breathing
Bright thinking
Gratitude to nature