Under the law of cause and effect, the cause of unhappiness always stems from the finite world… There is no end to the list of things that people yearn for. When we confine our thinking to the finite, material world, it is inevitable that some of us will find happiness while others are relegated to unhappy situations.

The law of effect and cause, however, begins where we transcend the causes of the material world. The principle is that we first generate an effect, so that a new cause naturally follows. We call forth an effect that already exists deep within our being. Rather than focusing on what is finite, we turn our attention to what is infinite. We focus on the limitless qualities in the realm of the spirit.

You can imagine it like this: the future is like the water in a river, flowing down from upstream. You throw leaves with bright, positive scenarios drawn on them into the water upstream, and with the flow of the river, the leaves run down to where you now stand. These bright scenarios flow down from your future self to your present self. In this way, you can change the course of your future. So, the principle of effect and cause is a way of thinking in which our life flows to us from the future. 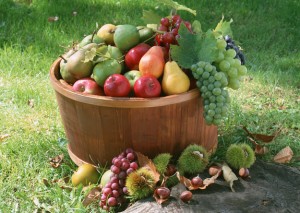 With this way of living, we become fully conscious that we are the one who constructs our life. We put ourselves in the driver’s seat, and with one positive thought after another, we focus on the radiant future that we wish to create, consciously planting the tree as we envision it bearing fruit.

Putting the principle into practice
The principle of effect and cause frees us from the burden of the past and the endless cycle of cause and effect. In putting this principle into practice, the important thing is not to focus our consciousness on what has already taken place — not to spend our days worrying about and dreading the effects of our past actions. When we dwell on the negative experiences of the past, we continue to attract more and more negative situations.

The principle of effect and cause tells us that if we wish to be happier, the first thing to do is to envision and believe in our already happy self. Instead of thinking, ‘I want to be happy,’ we believe that happiness has already been achieved, thinking, ‘I am happy!’ If we think,’ I want to be happy,’ we are acknowledging that we are not happy now. Whatever our present situation may be, and whatever might have happened in our past, we need to do away with the old fixed ideas we have held up to now and replace them with an entirely new, light-filled consciousness. We need to start by catching hold of a radiant future outcome.

This way of life means that, from now on, you identify only with the you who is radiantly shining, the you who radiates infinite love, forgiveness, and good will. This wonderful you, who wishes only for the wellbeing of others, is the true you-your original self.

With the principle of effect and cause, all human beings have the power to create happier, more peaceful lives for themselves. As more and more people principle transform their consciousness and live by this principle, the whole world will move toward a future of lasting peace and stability.