On August 5th, 2020 the world’s largest Montessori school, the City Montessori school located in Lucknow, India and headed by Dr. Jagdish Gandhi, presented the “World Unity Wave”, an international online gathering on the eve of 75th anniversary of “Hiroshima Day”. This event was part of the Peace Wave series of events organized around the world.

For many years, Dr Gandhi has been a supporter of the work for world peace that Mrs Masami Saionji has been heading. He was one of the guest speakers invited to participate in the first annual world peace event organized by Byakko Shinko Kai, The Symphony of Peace Prayers.

On the occasion of World Unity Wave, August 5th, Mrs Saionji who was invited as a guest speaker, was given the opportunity to share a message with the participants online.

Below is Mrs Saionji’ s message that emphasizes the importance of education in relation to world peace, in praise and deep respect to Dr Gandhi’s life work.

I am honored to be part of the “World Unity Wave.”
I deeply appreciate Dr. Jagdish Gandhi for bringing together students and teachers at the City Montessori School, acknowledging the day when the atomic bomb was dropped on Hiroshima 75 years ago.
Rather than letting this tragic event fade into history, he turned it into an opportunity to educate the new generations in the study of life.
I myself feel deeply that education of life is the key to building peace on earth.
Regardless of differences in nationality, ethnicity, religion or culture, all lives are equal, divine, and sacred. Inside every single one of us resides divinity. All humanity is divine.

A divine being has infinite potential, infinite love, creativity, healing power, and infinite wisdom.
However, many are too busy giving their power to money, fame, and to other people.
They do not know how to empower themselves; they compare themselves to others and often criticize themselves, saying “I can’t do it,” “it’s impossible.”
This collective negative energy results in wars, and so many other conflicts in this world. It was created by each one of us—by our consciousness.
When all of humanity awakens to truth, while becoming aware of its innate divine spark, and decides not to depend on outside power, a shift towards peace is possible.

In order for each one of us to awaken, Dr. Gandhi is offering education and messages that embody life and peace.
I deeply respect and resonate with his noble, steadfast work.

May peace prevail on Earth 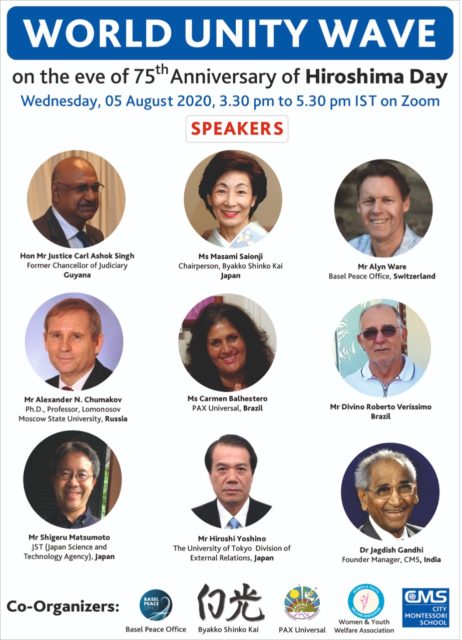