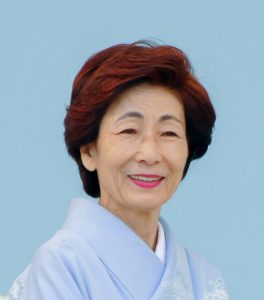 Byakko Chairperson Masami Saionji was the recipient of the sixth annual Dr. Barbara Fields Humanitarian Peace Award at the symposium of the Association for Global New Thought (AGNT), which took place in San Diego, California, USA from October 24-27, 2016.

The title of this year’s symposium was “Engaged Spirituality: Tools to Empower the Conscious Majority.” Masami Saionji was invited to the symposium as a speaker, along with several other notable activists including Mr. James O’Dea and Mr. Nipun Mehta, both of whom have participated in previous Symphony of Peace Prayers ceremonies at Fuji Sanctuary.

The award Mrs. Saionji received is named after AGNT Executive Director Dr. Barbara Fields, and has been awarded each year since 2011 to a woman who has dedicated her life to working for peace. Past recipients of the award include scientists, educators, and artists. Mrs. Saionji was given the award for her display of leadership, her ongoing grassroots activities for human rights and social justice, her understanding of cultural and other differences, and her efforts to bring about peace and harmony in a universally accessible way.

Mrs. Saionji accepted the award on behalf of the members and friends of Byakko Shinko Kai, who for decades have been working and praying for peace both within themselves and in the world. 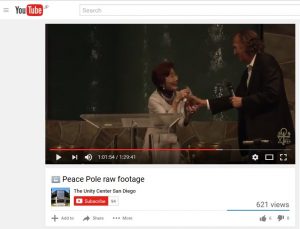 A video of the whole speech and receiving of the award was posted at YouTube at The Unity Center San Diego channel. You can watch it by clicking here.